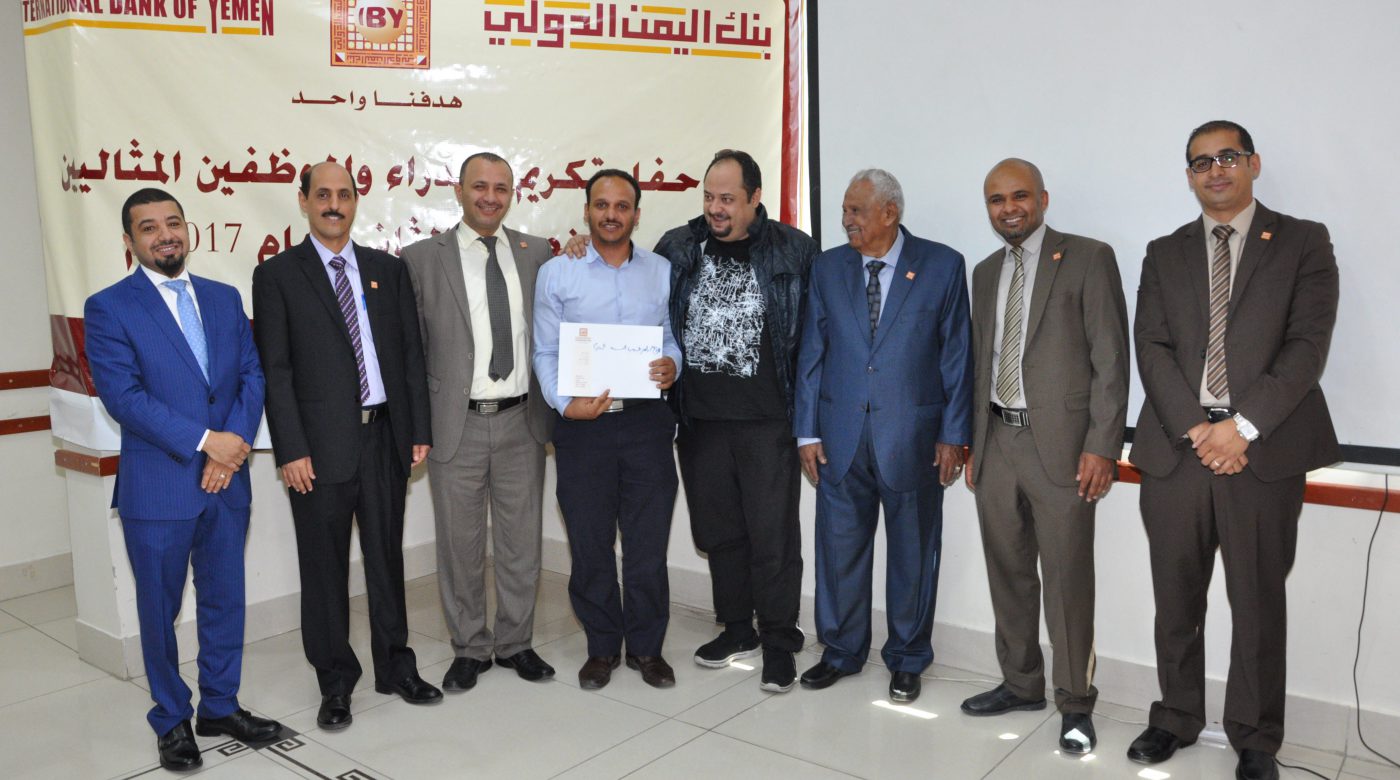 The International Bank of Yemen held a ceremony honoring ideal managers and employees in addition to retired employees for the second half of the year 2017 AD in the presence of a large number of directors and employees of public administration and branches. This event comes within the program that the bank’s management has been motivating to encourage and encourage employees, and in recognition of the role they play in achieving the success that the bank has reached, which made it top the first rank among all Yemeni banks.

In a speech to him on this occasion, the Acting General Manager, Mr. Mohamed Abdel Samad greeted all the efforts exerted by the bank's staff, including managers and employees, which made him gain the confidence of many existing and new clients.