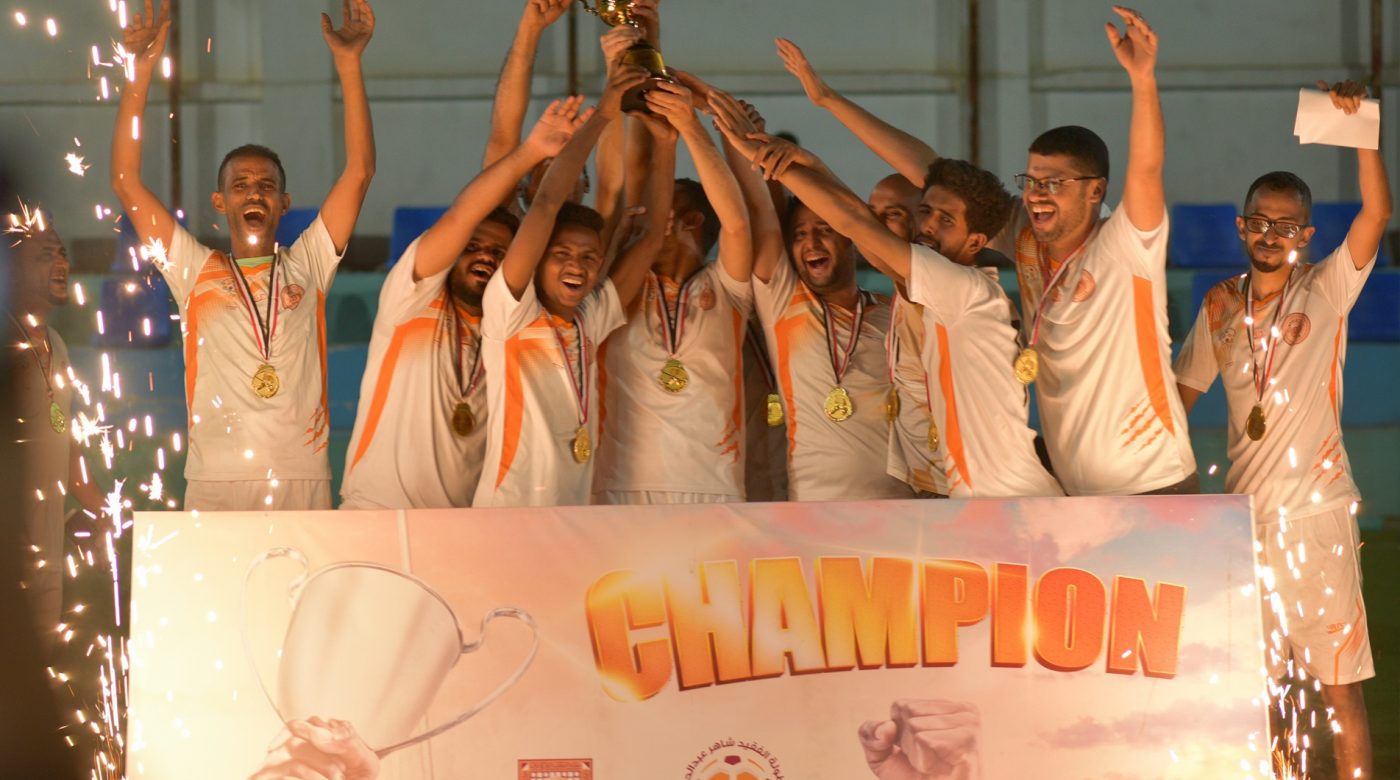 The Hodhod team is a champion of the championship of the deceased Shaher Abdel-Haq.

Al-Hodhud team crowned the championship cup of the deceased / Shaher Abdel-Haq for the football after defeating the MasterCard team by penalty kicks, after the end of the original time of the match, one goal for every team. In the closing ceremony, Mr. Abdel Qader Bazara’a, the First Deputy Director-General, honored the Al-Hodhud team with the championship cup and gold medals. The MasterCard won the silver medals, and the Al-Dawli Money team won the third place with the bronze medals.

It is worth noting that the tournament was held in the group system, where the Hodhud team, Western Union team, Internet Banking team and Visa team came in the first group, while the second group consisted of MasterCard team, International Money team, ATMs team and points of sale team.