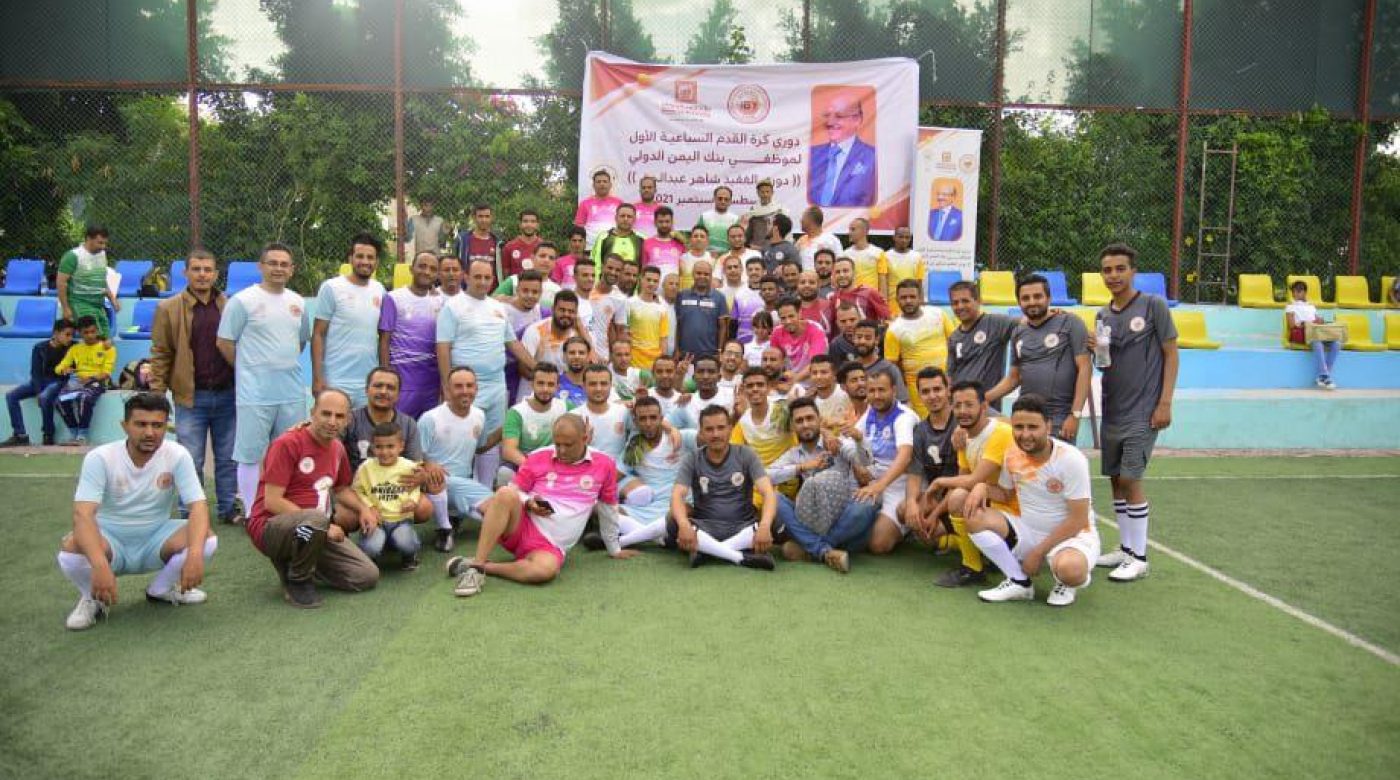 Opening of the championship of the late Shaher Abdelhak 2021

A distinguished opening for the late Shaher AbdulHaq football championship.

In Thursday, 09/02/2021, the football championship for the late Shaher AbdulHaq was inaugurated, which is organized by the International Bank of Yemen and includes approximately one hundred players from the employees of the public administration and Sana’a branches. The players were divided into 8 teams divided into two groups, where the first group includes (Internet Banking team - Visa Card Team - Western Union Team). The second group included (Master Card team - ATM team - POS team - International Money team).

The results of the first round were as follows:

The MasterCard team defeated the ATM team with five goals against two, and the first round ended with a difficult victory for the International Money team over the points of sale team with four goals against three.